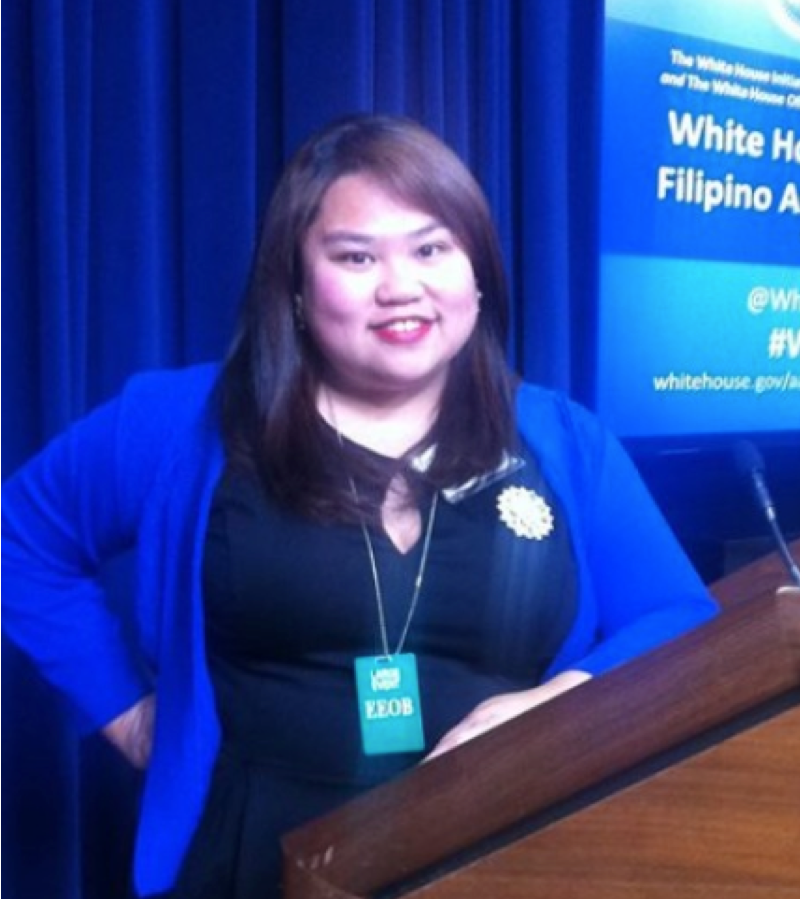 Meriam Reynosa is a current program participant of the 2014 Emerge CA Class.
Meriam is a Filipino-American, born and raised in the City of San Leandro. She is a lifelong Democrat, attended local schools and studied political science.
In 2006, she worked on the primary campaign to elect Senator Ellen Corbett to the California State Senate. She was also chosen to represent Cal State University of Hayward as one of 25 State University students, to partake in the prestigious Leon and Sylvia Panetta Congressional Fellowship Program. As a Panetta Fellow she proudly interned in the office of Congressman Pete Stark in Washington D.C.
Upon returning from Capitol Hill in the fall of 2006, Meriam continued her work in public service as a District Representative for State Senate Majority Leader Ellen Corbett. She serves as an alternate on the Alameda County Democratic Central Committee and was selected by the body to serve as its current Recording Secretary.
Meriam currently serves as the Membership Director for Southern Alameda County Young Democrats. She was a founding member and served as SCYD President from 2010-2013.
She was elected to serve the 18th AD as a California State delegate for the 2008-2010 cycle. At the 2011 California Democratic Party Convention, she was appointed by Senator Corbett to serve as one of her delegates and was also elected to the CDP Filipino American Democratic Caucus Executive Board as its Recording Secretary and was elected to serve as the Northern California Region Vice Chair to the CDP Filipino American Democratic Caucus for 2013-2015.
In 2012, Meriam was asked by Congressman Pete Stark to serve as CD 15's Electoral College Appointee and cast her vote for President Obama on December 17th, 2012 at the State Capitol in Sacramento and went on to partake in Inauguration festivities in Washington D.C.
In October 2013, Meriam was the recipient of Filipina Women’s Network 100 Most Influential Filipinas of the World “Emerging Leader” Award. This award category recognizes Filipina women below age 35 who are making their mark in a leadership role, are on the pathway to principalship and building capacity in the community or across an organizational system. Emerging Leaders have powerful mindsets and skill sets that drive achievement for their companies.
In March 2014, The White House Initiative on Asian Americans and Pacific Islanders (WHIAAPI) and the White House Office of Public Engagement invited Meriam to Washington D.C. for a meeting at the White House for a Briefing for Filipino American Leaders. Meriam received key updates from federal leaders on Typhoon Haiyan relief efforts, commonsense immigration reform, implementation of the Affordable Care Act, and small business resources.  She also had the opportunity to discuss community plans of action in small group breakouts.
She has volunteered on campaigns in Alameda County and Statewide, on behalf of amazing democratic candidates. Meriam also serves as an At-Large member of the East Bay Young Democrats, is an Executive Board Member to the Asian Pacific American Democratic Caucus of Alameda County, and is the Co-Chair for the KAYA Filipinos for Progress SF Bay Area Chapter. Living and working in the bay area has opened her eyes to the needs of its constituency and she hopes to serve it with the best of intentions.
As a young democrat representing the future, she will continue to have a deep passion and solid belief in a fair, transparent and diverse democratic political process. She will provide support for the positive changes that meets the needs of the community, the goals of our young democrats, and will continue her work to strengthen endeavors of Democrats statewide.