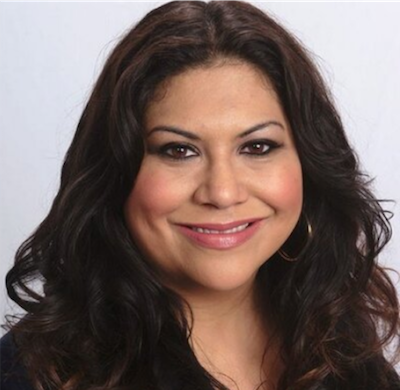 Francesca Vega began her current appointment as Director of Government and Community Relations at California State University, Northridge in December, 2012. As a member of the CSUN President's extended cabinet, Francesca is a vital member of the CSUN leadership team.  Working as part of the University Advancement team, Francesca facilitates the university’s interactions with local, state and federal governments, as well as its relationship with the business community, neighboring communities and various other stakeholder entities.  Francesca serves on a number of boards including Chicano Latino Youth Leadership Project, HOPE - PAC, North Valley Chamber of Commerce, and will be the incoming chair for the education committee of the Valley Industry and Commerce Association. In addition, Francesca serves on the 33rd Congressional District Leadership Committee.
Prior to working at Cal State Northridge, Francesca served as an Assistant Director of State Government Relations at UCLA. She began her professional career in the California State Assembly in 2001 and relocated to Los Angeles from Sacramento in 2005 to work with the late Assemblymember Marco Firebaugh and later for Senator Martha Escutia (ret.) Francesca graduated with a Bachelor of Arts in government and a minor in sociology from California State University, Sacramento. She is a member of various civic and political organizations. Born and raised in Yuba City, California, Francesca now considers the Los Angeles her home.